MESSAGE FROM THE DIRECTOR, PSRI

PSRI is one of the institutes in the College of Humanities and Social Sciences (CHSS). It is equivalent to a faculty and is headed by a Director who is appointed by the Vice-Chancellor. The Institute was established in 1976 as a centre of excellence for training in population sciences and undertaking research on population, development and related issues. PSRI is the only such Institute in Kenya. Its mandate is to undertake postgraduate training for population scientists, undertake research in the field of population, development and reproductive health and provide technical backstopping to the Government of Kenya, International and national Non-governmental organizations and the United Nations among others on matters of population and development, and population management.

Since its inception in 1976, PSRI continues to develop and implement many market-driven postgraduate degree programs in order to meet the country’s human resource needs in the area of population, development and reproductive health. These include: Master of Arts and Master of Science Degree Program in Population Studies; Master of Arts Degree in Monitoring and Evaluation; and PhD degree Program in Population Studies. In terms of throughput, PSRI has trained over 700 postgraduate students who are now working in various government departments, local and International universities, local and international non-governmental organizations (NGOs), United Nations (both locally and Internationally) as well as the World Bank. In response to the growing demand for trained M&E personnel in the country and the region, the University of Nairobi, in consultation with the Kenya Government and other key stakeholders, developed a two year Master’s Degree Program in Monitoring and Evaluation of Population and Development programmes in 2012-2013. The program was approved by the University of Nairobi Senate and has been implemented since September 2013.  This is a flagship program which meets the demands of vision 2030.

Apart from the senate programmes outlined above, the Population Studies and Research Institute run short-term certificate courses. These are non-senate programmes that are aimed at enhancing professional knowledge and skills with emphasis on hands-on experience. The objectives are to improve professional skills and gain practical knowledge in a particular area. Short term training programmes are expected to cater for personnel in various sectors involved in the implementation of population, development and health programmes, but are unable to take full-time courses. Some of the notable programmes include M&E (run annually), Result based management (RBM) and more recently Population Health and Environment Integration.

In the last five years, PSRI participated in three key research areas relevant to the post-2015 development agenda. First, through the support of Research Council of Norway and Hewlett Foundation Grant number 199408/S50, PSRI completed research on Fertility and Poverty in Western and Coast Villages of Kenya by re-examining the Impacts of female autonomy on fertility, child mortality and poverty. Key results of the project can be obtained from

World wide many countries including Kenya are experiencing the structural changes in disease patterns that are concomitant with the transformation in the age pattern of morbidity and mortality. Globalization of unhealthy lifestyles has changed disease burden and in the last decade, the global health burden shifted towards non-communicable diseases and injuries, while communicable, maternal, nutritional and neonatal conditions persisted in developing countries. One of the concerns associated with changing disease burdens is tobacco smoking. Therefore in 2010, PSRI entered in collaboration with University of Waterloo Canada to launch the first wave of the International Tobacco Control Policy Evaluation Project (the ITC Project). This was the first international research program for the systematic evaluation of key policies of the WHO Framework Convention on Tobacco Control at the population level. In Kenya the key objectives of the ITC project was to 1) examine patterns of smoking behaviour and opinions associated with smoking among tobacco users and non-users of tobacco in Kenya; 2) examine the impact of tobacco control policies in Kenya; and compare smoking behavior and impact of policies  between Kenya and 29 other participating countries. Wave 1 of the survey was completed and Kenya like other countries initiated wave 2 of the study program to begin in March 2018. Prof Lawrence Ikamari is a co-investigator in wave 2 which seeks to further evaluate the effectiveness of the tobacco policy.

Maternal mortality is one of the indicators of reproductive health status of a population. Efforts to reduce maternal deaths have for decades been a focal point of international agreements and a priority for women’s rights and health groups throughout the world because a maternal death is one of life’s most tragic outcomes. The unchanging levels of maternal mortality and lack of information on determinants at the sub-national level necessitated that pilot studies are undertaken to understand the factors associated with maternal morbidity and mortality at sub-national levels in Kenya. PSRI conducted a study 2015/16 focusing on two counties in Kenya: Homa Bay in the southwestern part of Kenya and Kilifi in the coastal part of Kenya. The study specifically targeted the readiness of facilities to deliver quality services. Where readiness is defined as the state of preparedness of persons, systems, or organizations to meet a situation and carry out a planned sequence of actions. This study was supported by UNFPA Kenya country office under the 8th Government of Kenya UNFPA population country programme.

The Institute is also affiliated to Partners in Population and Development (PPD) which is an intergovernmental initiative created specifically for the purpose of expanding and improving South-to-South collaboration in the fields of reproductive health, population, and development. PPD was launched at the 1994 International Conference on Population and Development (ICPD) when ten developing countries from Asia, Africa and Latin America formed an intergovernmental alliance to help implement the Cairo Program of Action (POA). More Information about PPD can be accessed at http://www.partners-popdev.org/about-ppd/

In conclusion, PSRI is currently reorganizing research agenda to develop focused research signatures along with key issues for the 21st century not only facing the country but also to contribute to international challenges. 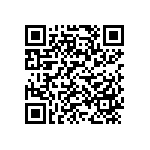